“This splendid book is much more than just a “climbing life.” Arlene Blum has the courage and the literary skill to aim for new heights.
— Steve Roper, author of Camp 4: Recollections of a Yosemite Rockclimber

“This book is a gem: a pioneering climber tells her story with grace and courage and in it she emerges  heroic and utterly human. Gripping and heartbreaking, this is a story that will galvanize every reader. ”
— Susan Fox Rogers, author of  Solo: On Her Own Adventure

“A unique adventure memoir, not only of mountains climbed, but of a life carefully examined.”
— Greg Child, author of Over the Edge and Mixed Emotions

“Why we climb is never an easy question. Arlene searches her soul for her own motivations and in doing so tells with insightful and inspirational prose a story that spans her childhood, career as a scientist, and brings her to the roof of the world.”
— Conrad Anker, author of The Lost Explorer: Finding Mallory on Mount Everest

“A brilliant and adventurous woman. A life of self discovery. A great read. Arlene, I salute you!”
— Peter Hillary, author of In the Ghost Country

“This book will make you laugh and cry, sometimes at the same time. Humorous, inspiring, witty, charming—a grand read.  Blum emerges from the brutal lessons of her childhood with enormous strength and vitality that literally leaps off the pages.”
— Devra Lee Davis, Director, Center for Environmental Oncology

“A warm, sensitive account of an extraordinarily adventuresome life. Arlene Blum’s life and her writing are indeed an inspiration to both men and women. This book is a must read for those who wish to reach the highest level of personal fulfillment.”
— Helen Thayer, author of Polar Dream: The Heroic Saga of the First Solo Journey by a Woman and Her Dog to the Pole

“Breaking Trail offers rare and humorous insight about the challenge of being a woman climber. The fashion retrospective of climbing gear and clothes in the 60’s and 70’s will make any woman laugh. From glass beakers in the lab, to glass ceilings that could not with stand altitude, Arlene’s curiosity, intellect and passion pushed open doors left ajar by predecessors of noble birth or wealth.

Who can forget the t-shirt slogan for the 1978 Annapurna women’s team she led?

“A Woman’s Place Is on the Top”  Bold and daring for its time.

Arlene dared to be the best she could be.  You will too, after you break trail with her.
— Eliza Moran,  first woman president of the International Mountaineering and Climbing Federation (UIAA)

“Arlene Blum’s Breaking Trail is a magnificent and compelling story. Blum leads the reader into the beautiful, exciting, and terrifying world of mountain climbing. Her writing soars. She conveys the drama and  mind set that it takes to go to places where few have ventured. Her inspiring story is as much about leadership as it is about living life fully and overcoming obstacles to reach one’s goals. It’s a great book.”
— Lynne Cox, author of Swimming to Antarctica

“Breaking Trail is a compelling memoir by one of mountaineering’s most remarkable pioneers. Arlene Blum offers a poignant and riveting personal account of a life of adventure and companionship in exploring and summiting many of the great peaks of the world.”
— Michael Useem, Director, Center for Leadership and Change Management at the Wharton Business School, author of The Leadership Moment and Leading Up

“An inspiring book, the reader feels privileged to be given such insights into the making of one of the 20th century’s greatest mountaineers.  And it includes an important message for the younger generation: you don’t have to specialize; you can be a great mountaineer and a valuable scientist, magnificently using both body and mind.”
— Dervla Murphy, award-winning author of Full Tilt and other travel books

“Breaking Trail shows how Arlene Blum’s persistence and determination over time have won out and opened the way to countless other women to excel at climbing around the world.”
— Ann LaBastille, ecologist, author of Woodswoman and other books

“Arlene Blum’s life was a slippery slope into the unknown, the grim, the forbidden. It took all of her courage to climb those mountains, and all of her heart to write this book. Fantastic adventure yarns are written every day, but how rarely we encounter anything like Breaking Trail–the true and guileless journey of a human being.”
— John Long, author of Rock Jocks, Wall Rats, and Hang Dogs: Rock Climbing on the Edge of Reality and the How to Climb series

“I stand in awe, respect, and gratitude for Arlene Blum’s story as recounted in Breaking Trail. I took for granted my right to pursue my climbing dreams and passions until I read of her determination, struggles, and conquests.”
— Sharon Wood, first North American woman to reach the summit of Mount Everest

“Arlene Blum’s gripping and intensely personal narrative of her life among the enchantingly beautiful, but dangerous, high peaks is a profoundly encouraging story for all of us who battle to climb our own inner mountains.
—Royal Robbins, pioneering climber, businessman, and writer

“Breaking Trail  reinvents the climbing memoir.  It is not simply the story of “one damn peak after another”; rather, it is the record of a woman’s experience of the social upheavals of th 1960s and beyond as they were played out on the world’s highest terrain.
— Maurice Isserman, Mountaineering Historian, Professor of History, Hamilton College.

“Breaking Trail is one of those rare books that manages to be both intimate and universal. I found myself inspired – and educated – by Arlene Blum’s courage in the face of continual obstacles, many far more daunting than a crevasse or icefall. More than a great read about climbing, it’s a terrific allegory for the struggle that so many brilliant women have faced on their paths to the summit.”
— Jeff Greenwald, author of The Size of the World and Shopping for Buddhas

“Breaking Trail by Arlene Blum is the best leadership autobiography I have read. It’s not only a case study of decision-making under extreme, life-and-death situations, but also a story of one person’s adventurous path through the life lessons that define character. Required reading for anyone who aspires to lead others to greatness.”
— Jim Kouzes, Co-author of the The Leadership Challenge

“This is an extraordinary memoir.  I was constantly astonished by Blum’s achievements – overcoming a difficult family background to become a sane and compassionate human being; achieving academic success in the girl-unfriendly world of the hard sciences; and making an end run around mountaineering sexism by organizing her successful all-women ascents.  I simply inhaled this book.”
— Sherry Ortner, anthropologist and author of Life and Death on Mt. Everest 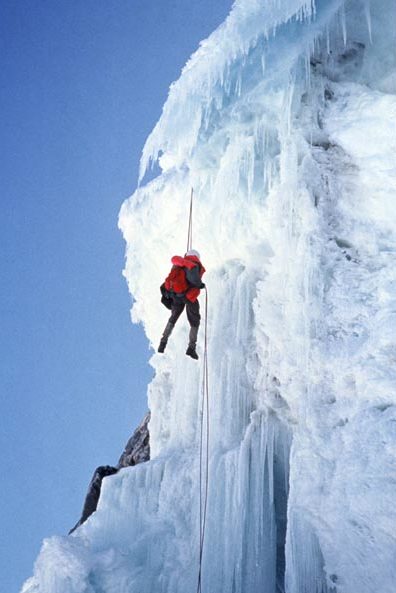 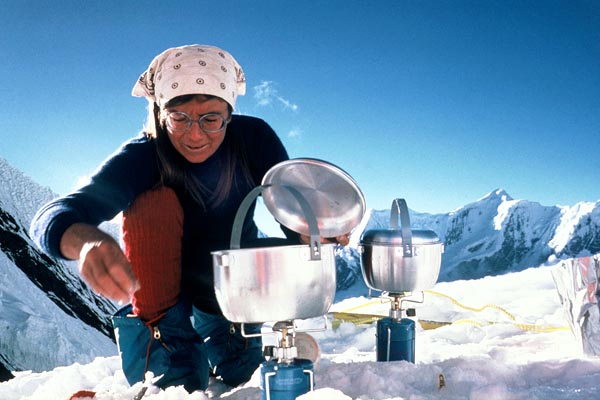 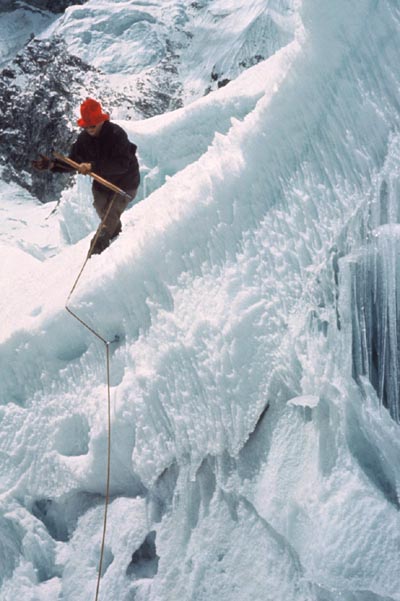